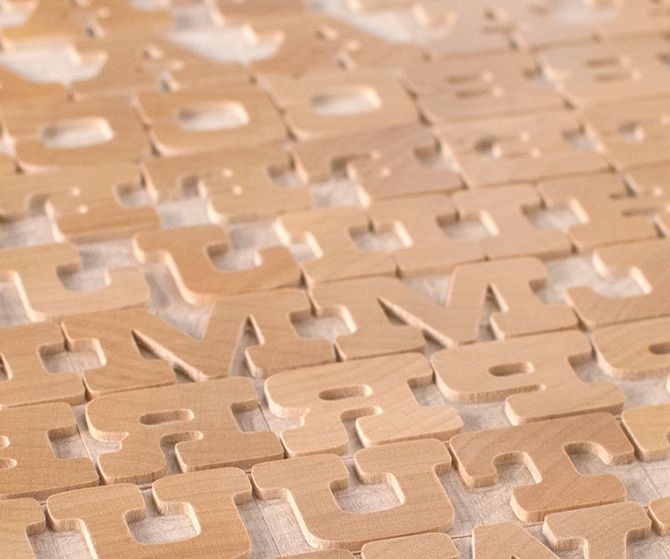 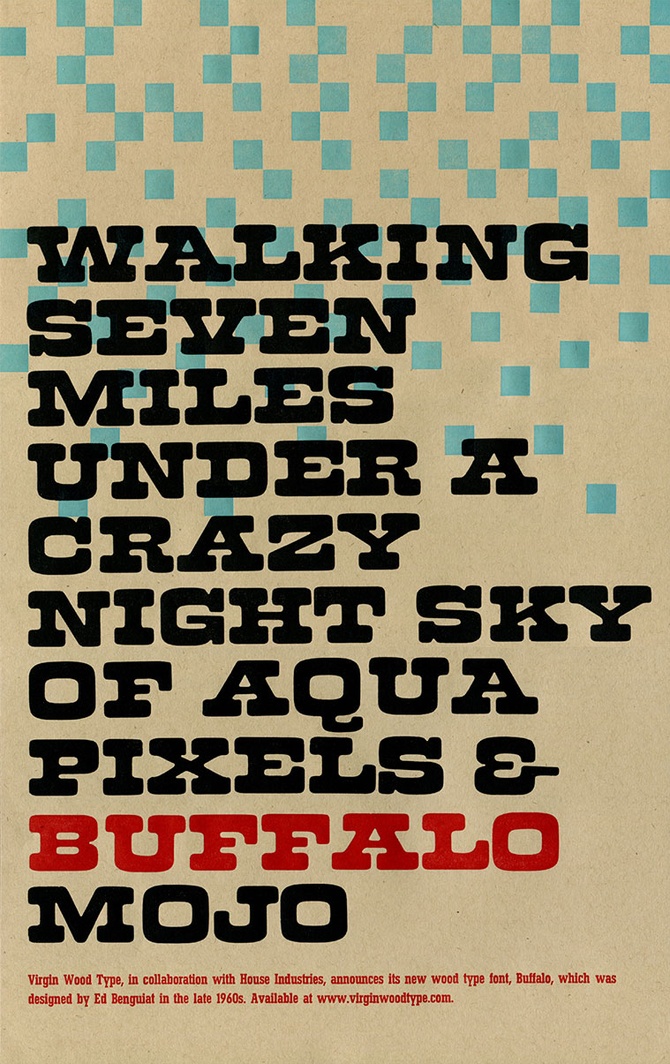 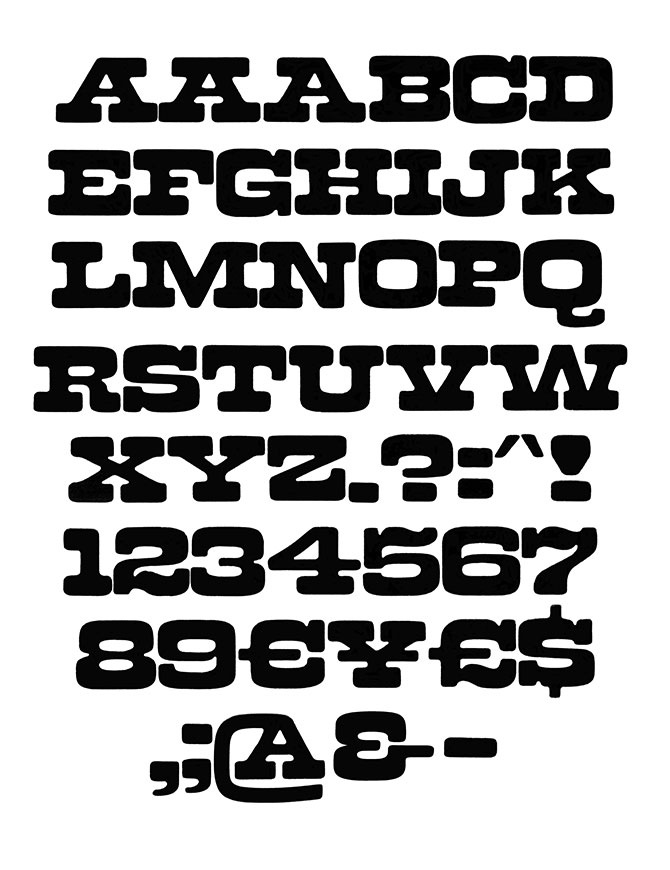 Virgin Wood Type (VWT) collaborated with House Industries on this wood type font. This unique analog/digital collaboration came about when Geri met House Industries' Ken Barber at the 2013 Hamilton Wayzgoose in Two Rivers, Wisconsin. The result of that conversation was a commitment to bring Buffalo to wood type.

Originally part of Photo-Lettering's film type collection, Buffalo was designed by legendary typeface designer Ed Benguiat. If ever there was a digital font with a "wood typey" feel, it is Buffalo with its classic Western look and bulbous arms and serifs. It was a natural face to be cut in wood.

Buffalo’s unique metamorphosis started in the late 1960s when Benguiat drew the film alphabet for Photo-Lettering Inc. Donald Roos later digitized the font, a year after House Industries purchased the Photo-Lettering collection in 2003. Finally, we created our wood version in 2014. This unexpected evolution is especially unusual since typefaces historically have been digital adaptations of age-old metal and wood type.

This font contains uppercase and figures. The punctuation is included when you buy the uppercase.