The Inspiration Behind Our Wolske Streamers 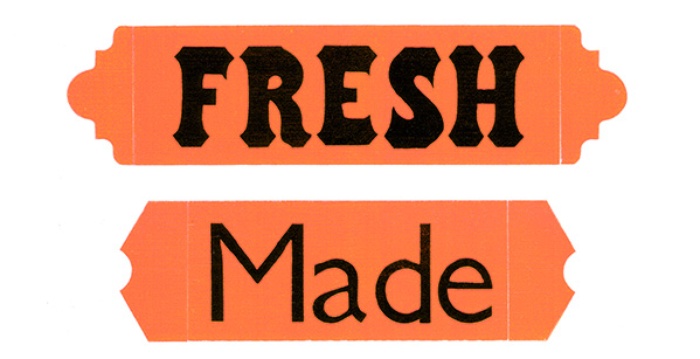 Last week we proudly launched wood type streamers, which is a collaboration with David Wolske. Starting in July 2010, before Virgin Wood Type (VWT) was born, Bill Jones had established an email friendship with David because of David’s Letterpress Daily blog. The two exchanged email about wood type, typography, and eventually ideas for what would become Virgin Wood Type. It only seemed logical to name them “Wolske Streamers” in David’s honor.

I asked David to describe for me his inspiration for the Wolske Streamers, and he generously explained the following for me, you, and our letterpress community. Here it is:

The streamers I designed came about because of my frustration with outrageous online auction prices for wood type. Over the past few years I've only seen a few streamer fonts made available online, and despite placing what I believed to be high bids I've never come close to winning an auction for these rare gems.

Though charming in a quirky way, I've found the limited and awkward letterspacing inherent to antique streamer fonts a little disadvantageous. I believe the modularity of handset type is one of its greatest appeals. I knew Virgin Wood Type offered squares as part of its "Simple Shapes" line, and it occurred to me that combining multiple squares would make a modular "rule," so adding decorative end caps seemed like the next logical step.

Obviously this is not a new idea. The Dave Peat and Rich Hopkins facsimile of the 1884 "Specimens of Holly Wood Type Manufactured By Hamilton & Katz" shows "tint blocks" and "end pieces" "cut any size desired."

The idea I pitched to Geri was to offer a streamer kit that would allow printers to combine varying widths of type high "blanks" with decorative end pieces to make streamers to any desired width. This also allows printers to overprint any style of type available.

I looked at streamers produced by the 19th-century wood type producers when drawing my end pieces. I identified a few popular themes across the manufacturers and simplified them.

We’re excited about this collaboration and have been gratified by the letterpress community’s reaction to them. Whoever thought wood type was dead hasn’t met David Wolske.