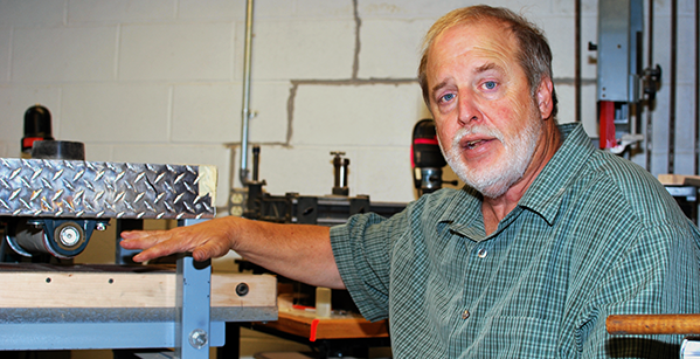 On a recent sleepy, summer Sunday, my wife and I visited with Scott Moore of Moore Wood Type in Columbus, Ohio. It was only fitting that I needed to take the Hamilton Road exit on the freeway to get to Scott’s house. Scott became a student of all things Hamilton Wood Type when his daughter, Erin Beckloff, became a gifted letterpress printer. A retired industrial arts high school teacher, Scott has taught everything from traditional “shop” to Adobe Illustrator to digital moviemaking. His natural curiosity coupled with his can-do attitude has greatly benefitted the letterpress printing community in the United States and worldwide.

Nestled in a cul-de-sac, one would never suspect that end-grain maple wood type was being made at the Moore homestead. The magic happens in the garage and Scott’s basement workshop. His lovely wife, Roni, has been most accommodating in allowing Scott to take over the basement for the workshop. Like a proud father, Scott gave me a tour of the shop while explaining how he made this power tool himself and how that machine was used for such-and-such but he doesn’t use it anymore because he figured out a better way to do such-and-such. I felt like I was in a shop of one of America’s great inventors.

In the back area of the shop were cut maple halves that Scott had dried himself before deciding the time and expertise necessary to dry maple was best left up to the local Amish. As a student of history, Scott initially experimented with every process in the manufacturing of wood type as Hamilton did or was explained in Rob Roy Kelly’s seminal volume, American Wood Type, 1828–1900. From cutting down maple trees, drying the maple, sanding the maple to type high, to building a replica of Hamilton’s enormous pantograph, Scott has tried it all. A few years back, Scott spent time in Two Rivers, Wisconsin, working side-by-side with one of Hamilton’s retired wood type cutters, Norb Brylski, to learn how it was done “back in the day.” 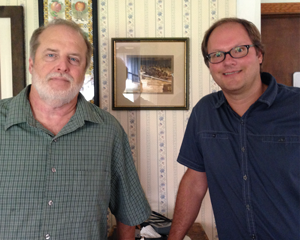 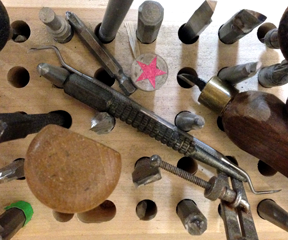 Virgin Wood Type’s friendship with Scott dates back, of course, to when Bill Jones and Geri McCormick first met him at a Wayzgoose. In other businesses, a rivalry would have been born, but not in the letterpress community. Instead a warm friendship bloomed, one where sharing best practices, war stories, and a deep love of wood type transcends competition. True to form, the friendship has grown to include Derek Crowe and myself.

When I’m asked the inevitable question from the person who has just learned my occupation, “Are you the only one still making wood type?”, I am happy to tell of Virgin Wood Type’s great friend, Scott Moore from Moore Wood Type. I explain how we’re not competitors, but friends. 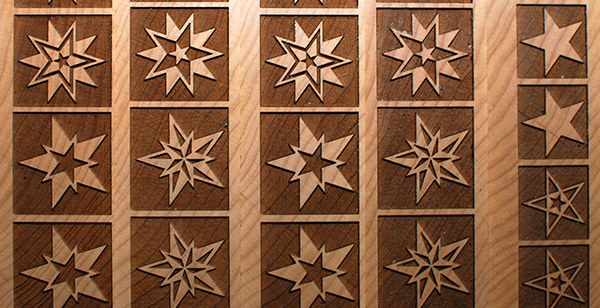