As the Calendar Page Turns... 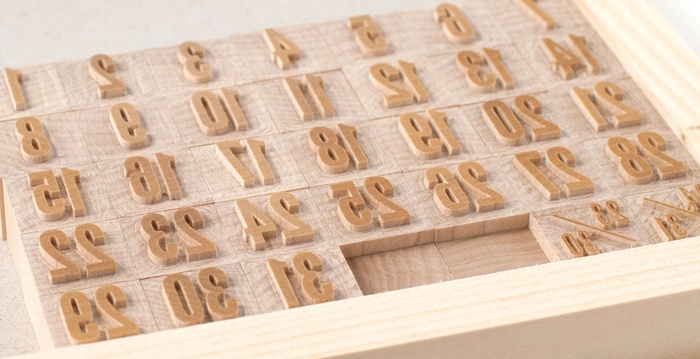 The marking of days in some form goes back millennia. Anthropologists have uncovered remains of ancient calendars all over the world. Famous American sci-fi TV series, “Star Trek,” employed a fictional system of measuring days called “Stardate.”

Because calendars are designed and printed in the year that precedes the actual calendar year, the journey to releasing Virgin Wood Type’s calendar font started in 2010. Geri had persuaded the good people at Tucker Printers to donate some wood type that they had on display in their offices, and did not use, to the Genesee Center for the Arts and Education. In one of the type drawers Geri and Bill found a wood calendar font to use for the month grids for the Genesee Center’s 2011 fundraising calendar. 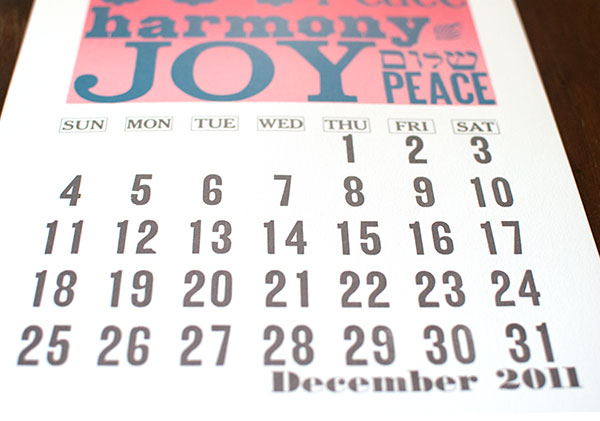 Coincidentally, 2010 was the year of VWT’s founding, so in this year was a whole lot of wood type coincidences happening. The 2011 calendar pages were set using the newly acquired wood calendar font. Bill decided that for the 2012 calendar he wanted the month grids to be set in a VWT calendar font, so Geri designed one. 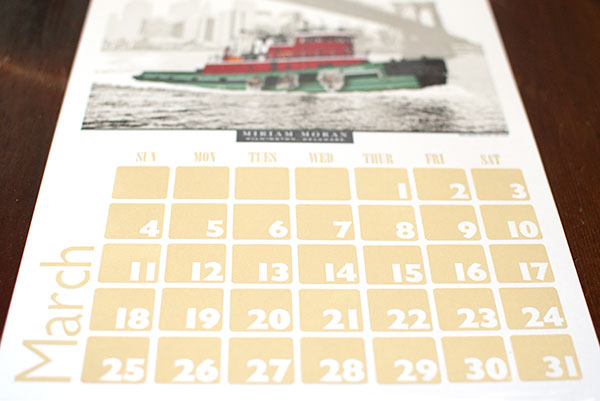 Learning by doing was the way in the early days (ahem, and still is). Bill and Geri soon learned that although the calendar font looked great, the cutting of it was laborious, to the point that there was no way to offer it for sale and make any profit. Consequently, this particular calendar will never be offered for sale.