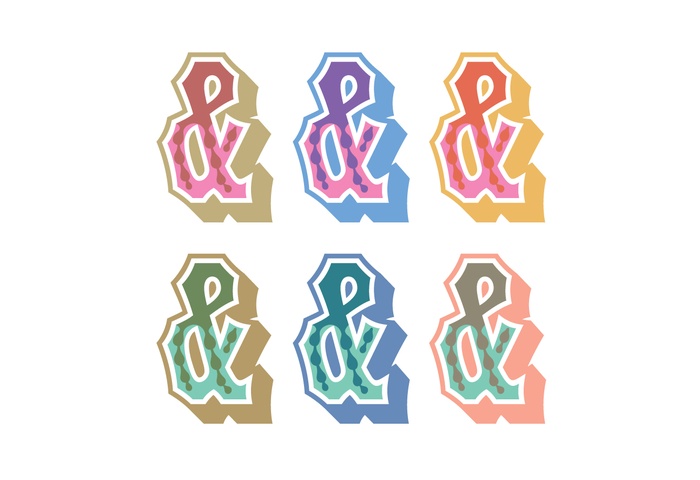 It adds. It defines. It highlights. It explodes.

For wood type lovers, seeing printed chromatic wood type for the first time can be mind-blowing, and it certainly was for Geri McCormick in 2009 when she set her eyes on William H. Page's Specimens of Chromatic Wood Type for the first time at RIT's Cary Collection. Geri had studied Josef Alber's Interaction of Color as an undergraduate painting student at RIT and developed a sharp sense of color, so she intuitively understood the importance of color.

In this example from Page's Specimen (below), the same two inks were used for "models" and "birds," but by virtue of "optical mixture" (Alber, Interaction of Color, pg. 33) the resulting chromatic color seems entirely different. In "models" the purple was printed as the shadow, and light green overprinted the purple to create a dark green. Underneath, in "bird" the light green was printed as the shadow, and purple overprinted to create dark green. However, the eyes optically mix them to create a different look despite nothing physically being different between the two words. This is only one powerful instance of how color choice can create an unexpected third color when using chromatic wood type. 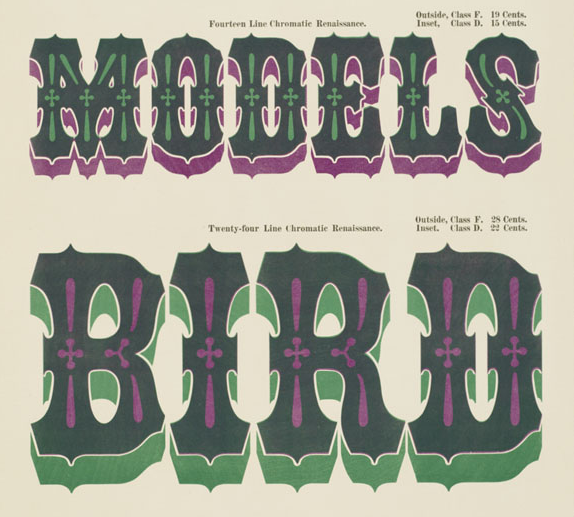 Another guiding color philosophy of Geri's is never to eliminate a color from her palette because that seriously diminishes a range of color combinations.

Often bubble gum pink and minty green are excised from palettes as being considered too garish. At top of this blog page, using our new Chromatic Ornate, Geri used the pink as the center in the top row of ampersands. By adding subtle colors over the pink, a third unexpected, yet tasteful, color emerges. For example, in the top-right ampersand, pink and golden yellow make a sublime orangish red.

In the bottom row of ampersands, Geri used minty green as the center color. By overprinting a second color, you can see the unexpected third colors delight the eye.